Help Us Save Our Beautiful Del Mar North Bluff

For All of Us 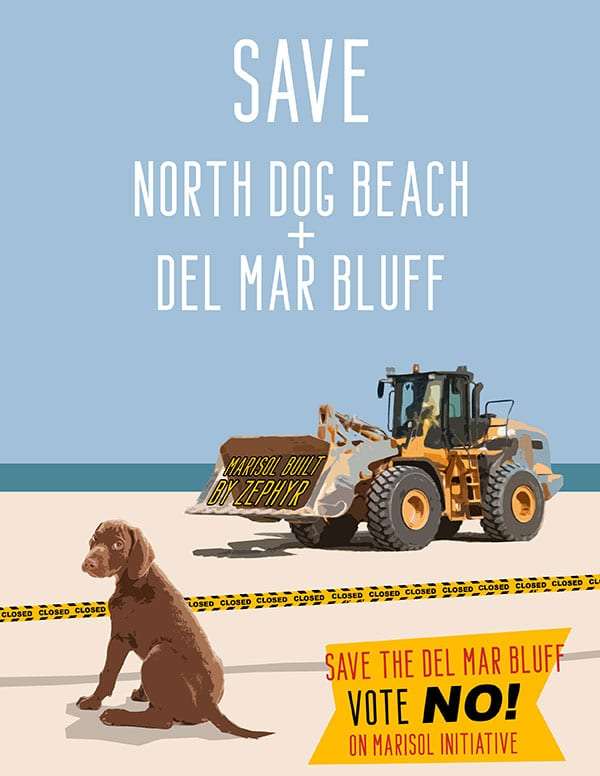 Help Us Save The Del Mar North Bluff and Dog Beach — Donate Now!

Puts public safety at risk—Bluffs across the San Diego County Coast are collapsing daily, and Del Mar Bluff is showing signs of cliff failure now with only one house and a small nature preserve.

Wipes out local control of project—Developer’s voter initiative attempts to pre-approve his own building and if it prevails would reduce all city zoning ordinances and local design review and control of the project to a rubber stamp. See NYT article (Builders Pierce California’s Environmental Shield With New Weapon: The Ballot) for the heartbreaking implications of developer initiatives.

Threatens long-standing residential zoning—The bluff is zoned for the lowest residential use possible in Del Mar. Many long-term Del Mar residents have endured stringent zoning ordinances and building codes for constructing even a small deck. Del Mar has preserved a green landscape with open views in all directions. If this land upzones to high-density commercial, where’s the next target in this city (a school playground, a five acre private parcel, the library)?

Spreads environmental blight—Planned 46’ hotel/timeshare towers would block ocean and sky views. On approximately 16 acres, the project includes 410,000sf of concrete, including hotel/timeshares/19,200sf of retail space, ”affordable housing” and “low-cost visitor accommodations that “can be relocated in Del Mar,” plus gouge out underground parking for 408 spaces. Traffic on a busy intersection would increase exponentially. 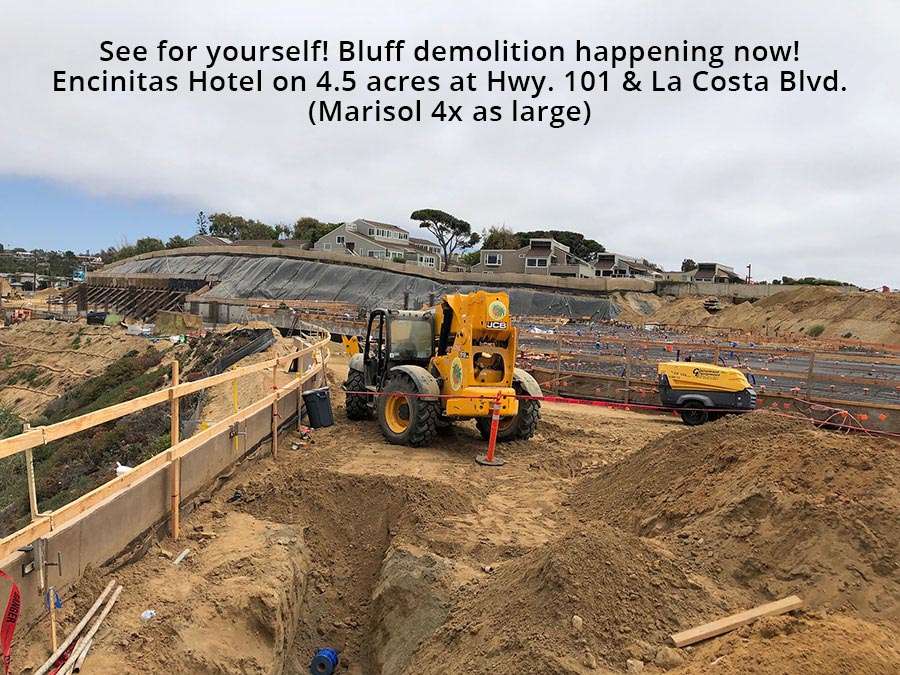 Jeopardizes public enjoyment of an already over-crowded beach—North Dog Beach serves sand volleyball players, surfers, and dog lovers. If luxury resort visitors complain to the city about the dogs, the music from sand volleyball tournaments, the special events such as the Helen Woodward Dog Surfathon fundraiser, who will be banned first from a public recreational beach? 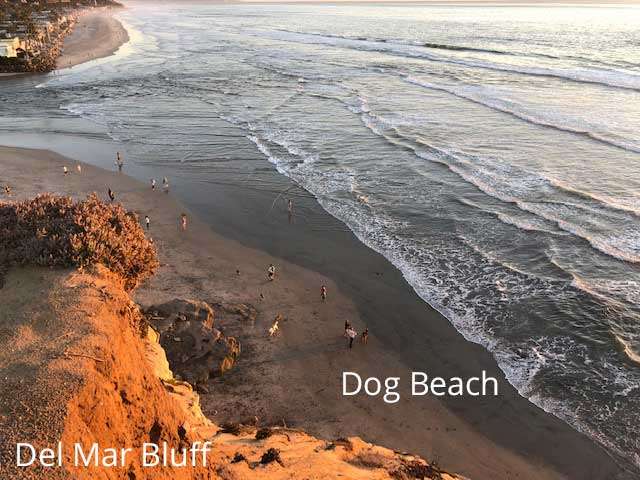 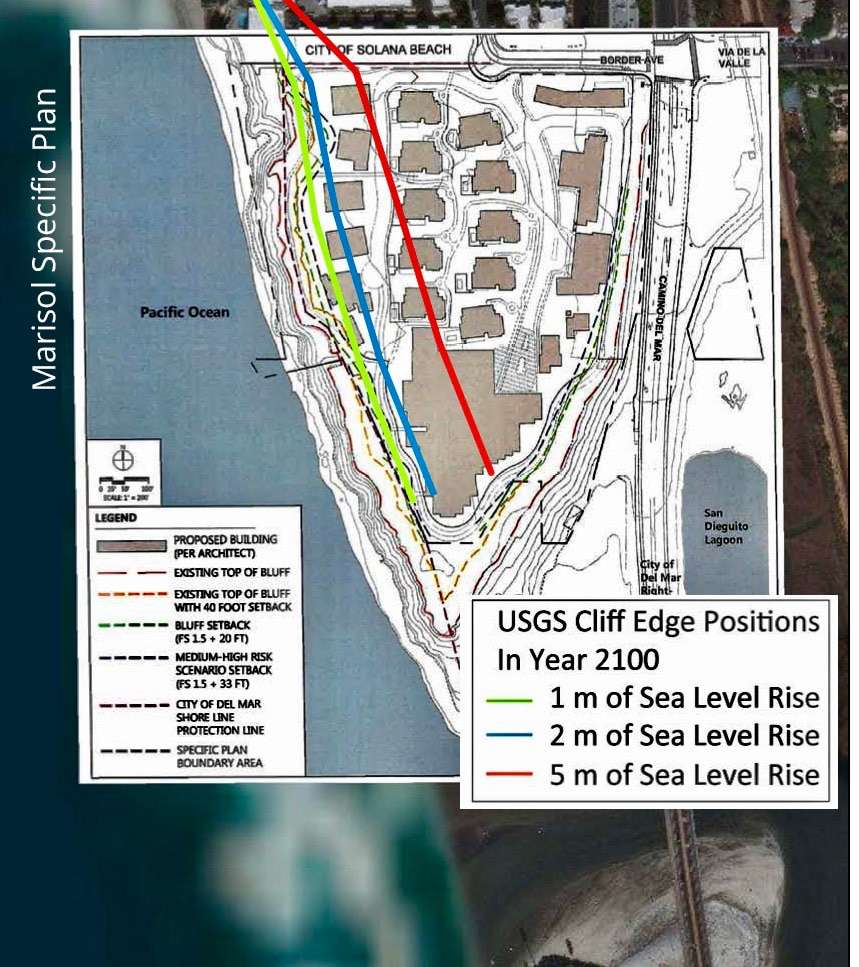 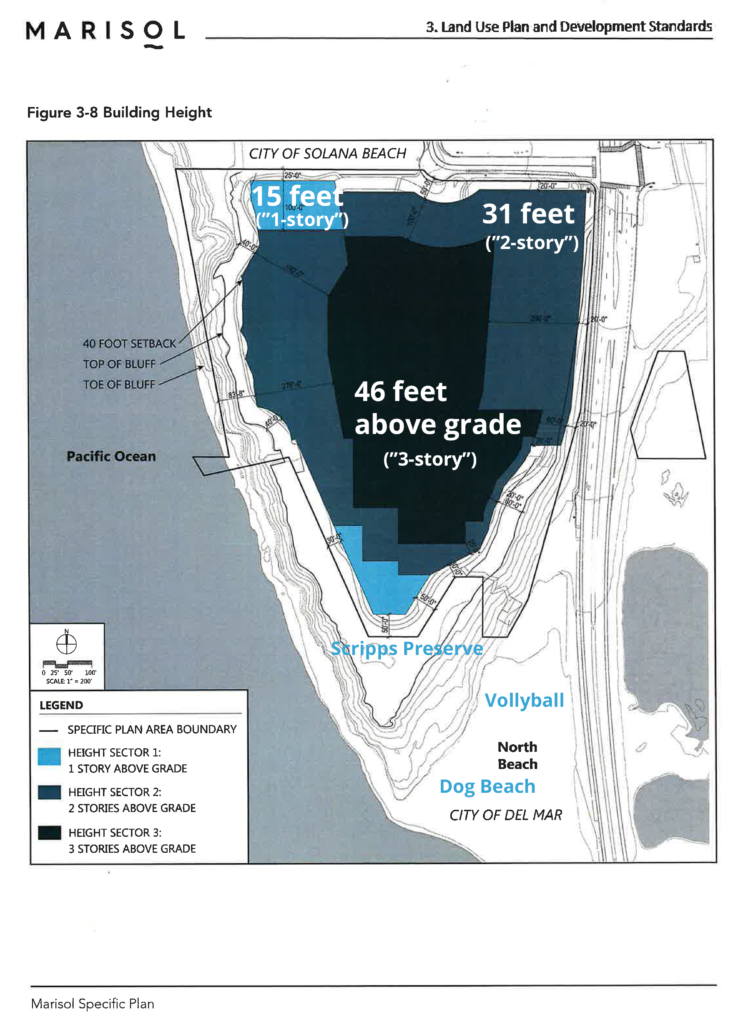 James C. Scripps and Helen Woodward together saw in the 1970s the condo developments next door and together saved 4.83 acres for the Scripps Nature Preserve, which has provided PUBLIC ACCESS to a blufftop nature preserve since 1972. 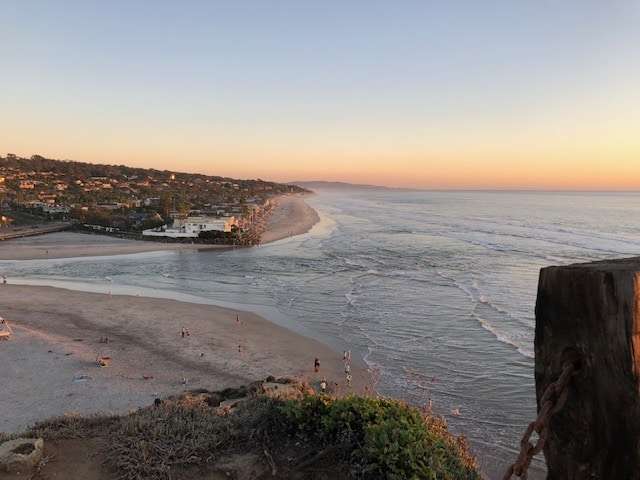 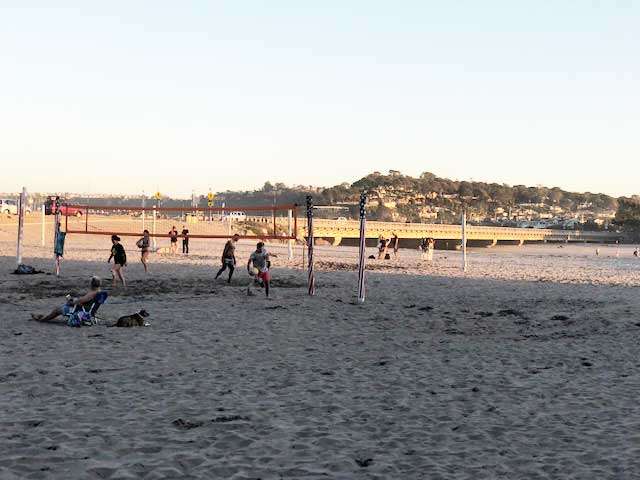 Together, we can preserve a pristine, fast-disappearing coastal bluff for generations to come.

Keep Greenery in the Scenery!